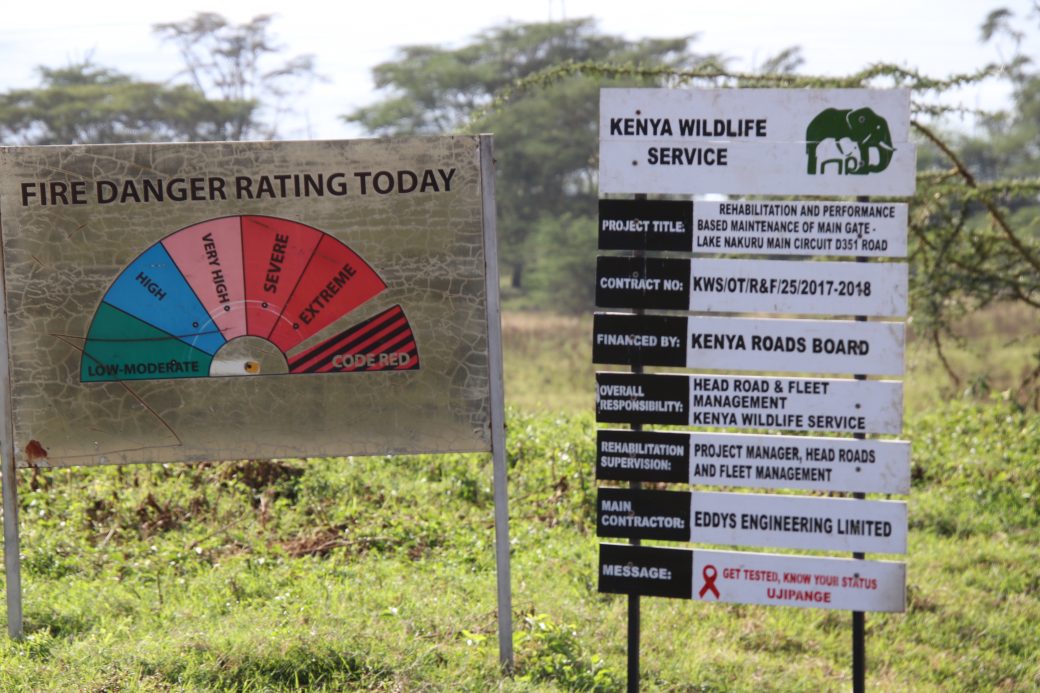 A delightful day spent in Lake Nakura Nature Park in Kenya’s Rift Valley where we saw lots of animals and shape of things to come.

I remember as a young boy when there were days that seemed almost perfect, endless, sunny and constantly enjoyable where space and time seem to have shifted into a different dimension. Today was one of those days.

We had breakfast at 6:15am and departed at 7am in special 4 wheel drive minibuses with liftable roofs so we could stand up and see the wildlife and be safe. Our driver was the son of Often, the Oasis Overland team member who is generally referred to, by people who have travelled with him, as a legend. I can now agree wholeheartedly with that assessment. His son is shaping out that way too. An extremely friendly and competent young man with great knowledge of the animals of Kenya and East Africa. Although I’m only a few days in the country, I’m really impressed by the unfailing friendliness and warm-heartedness of the people I have met so far.

Lake Nakuru is one of the Rift Valley soda lakes at an elevation of 1,754 m (5,755 ft) above sea level. It lies to the south of Nakuru, in the rift valley of Kenya and is protected by Lake Nakuru National Park.

Nakuru means “Dust or Dusty Place” in the  Maasai  language.

It took about 45mins to get to the reserve but this was interesting in its own right. It was a great chance to get a sense of Kenya and how the people looked and seemed to live. When we arrived at the park, we just drove around different paths chosen by our driver guides who communicated with each other on CB radio to share information about where animals were spotted. We stopped for lunch by a waterfall for about 30mins and then hit the road again until it began to get dark. We were almost constantly in motion with very many stops to view animals and take photos. Apart from lunch and a few other times where we were escorted by rangers armed with AK47 rifles, we never left the minibus. It would be too dangerous.

One eerie stop was a tourist facility where the lake had risen due to climate change and the place was deserted. The ghosts of dead trees reflected their bare bleak arms in the still waters; harbingers of things to come to threst of us.

Here are the animals we spotted:

Seeing rhinos was a highlight. There was a herd (?) of them at a distance on the far side of the lake in a forbidden area. They were so far away we could hardly see them. Some rangers, with obligatory AK47s, very generously escorted us very close to these dangerous animals. I think we might have been a bit too close as some of the rhinos started to get a bit agitated and started moving in our direction. The rangers got twitchy at this and waved their guns in the direction of the rhinos and shooed us back to safety,

Birds of a Feather….

There were also lots of birds visible. I wish I had brought a pair of good binoculars and peering at things through the zoom lens of my camers was unsatisfactory. Ho hum; next time.